It is here, a sweet and meaty treat. Meet the donug, a chicken “doughnut” with all the calories you either seek or are hiding from because it is simply irresistible.

Donug: A doughnut made of chicken 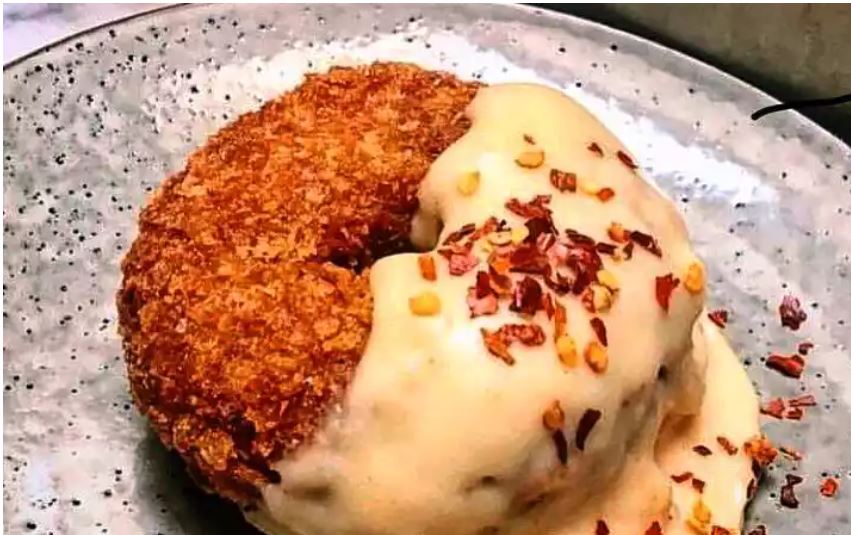 Our friends at The Guardian describe it this way.

It’s a sweet, deep-fried dough stuffed with chicken? No.

I feel relief is probably premature. It’s a chicken nugget in the shape of a doughnut. No actual dough involved.

Then it should be called a ringget. A nugging. A – a – ringnug. No, none of these work. They really don’t.

What the hell is it, then, if it doesn’t involve dough? It’s chicken, in a ring shape, coated in cornflakes and panko crumbs, plus a secret blend of flour and spices, deep-fried and served with a choice of three sauces.

Which – I ask with all due sense of dread – are? Japanese curry sauce, cheesy dijon bechamel or hot chilli and black salt.

One wonders when this new instantiation of the “doughnut” will make it to America. Who knows, it may already have been created in the recesses of some small town or some gentrified area in a major city waiting to be discovered.

But I am sure you want to know who thought this one up on the other side of the pond.

Who has created this abomination against God, man and patisserie? That’s very negative. Couldn’t you try to think of it as a developmental leap in nugget history?

Who. Was. It? A Scotsman called Crag Carrick.

If anyone out there has seen this thing in America or anything similar, please drop a line at the end of this post with the establishment and the address. My gut tells me that some ingenious American or immigrant has likely done this waiting to be discovered by everyone else.