I few weeks ago I decided to experiment with making smoothies with peanuts. My daughter gave me the Ninja BL770 series blender a few months ago and I have been using it to make all kinds a new blends.

After several trial and error sessions this Peanut Spinach Smoothie recipe turned out to be the most tasty of them all. Everyone who tastes it becomes hooked to it. You will be as well. And it is vegan. 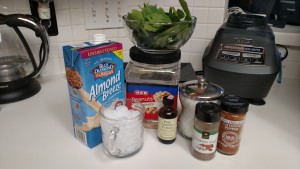 Add sugar and spinach and blend.

That is it. The flavor is not what you expect and it is rather addicting. 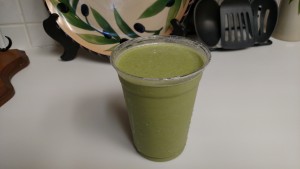